Freemasonry and academia have a long, intertwined history dating back to the middle ages, when architects (mathematicians) designed and built monumental ecclesiastical structures to house religious ceremonies, Church officials, and places in which to study the nature of God. The culmination and combination of these things are universities.

North Carolina State University was established by an Act of the State Assembly in 1887—the centennial of the establishment of the Grand Lodge of North Carolina.

The motives behind the establishment of the school were grounded in growing popular sentiment that too many universities and institutions of high learning were too exclusive and failed to provide practical instruction and applications for modern science, agricultural, and engineering. While not spurning more classical educational topics, these new subjects were deemed essential in order to rebuild the South and establish the United States as a leader in innovation, technology, and progress. 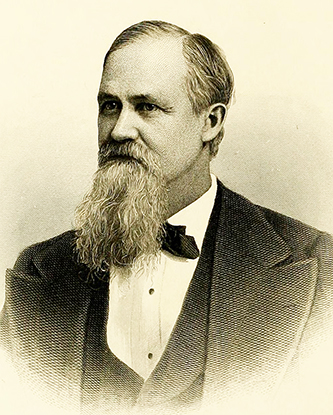 Dr. Eugene Grissom, acting Grand Master who dedicated the cornerstone of what is now Holiday Hall in 1888. Photograph courtesy of NCpedia.

On 22 August 1888, following nearly twenty years of work, the cornerstone of the new Main Building of the North Carolina College of Agriculture and Mechanic Arts was laid with Masonic honors by Past Deputy Grand Master and celebrated physician Dr. Eugene Grissom. 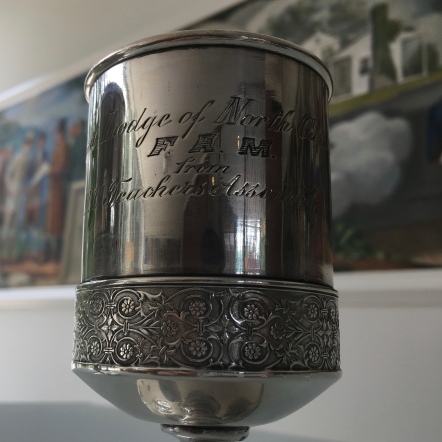 One of the original cups used to dedicate the cornerstone of what is today Holiday Hall.

Only 2 of the original 3 cups survive and are a part of the Grand Lodge’s historic artifact collection.

Three cups, two silver and one gold, symbolically filled with corn, wine, and oil were used to dedicate the cornerstone. The cups were presented to the Grand Lodge at the site of the new building by the North Carolina Teachers’ Assembly (now the North Carolina Association of Educators, NCAE) by the Assembly’s Secretary Eugene G. Harrell, a member of William G. Lodge 218 in Raleigh. 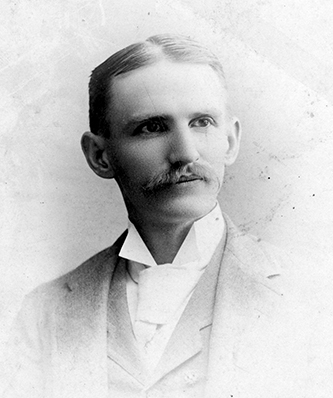 William A. Withers, first Professor of Chemistry at the NC College of Agricultural and Mechanic Arts and acting Grand Sword Bearer at the dedication of the cornerstone of what is now Holiday Hall. Photograph courtesy of NCpedia.

The jewel of the Grand Sword Bearer, worn by William A. Withers at the cornerstone dedication of what is now Holiday Hall in 1888. Photograph courtesy of the Grand Lodge of A.F. & A.M. of NC

The cornerstone of North Carolina State University’s Bell Tower–laid and dedicated in November 10, 1921 by J. Bailey Owen, Grand Master of the Grand Lodge of Ancient, Free and Accepted Masons of North Carolina. 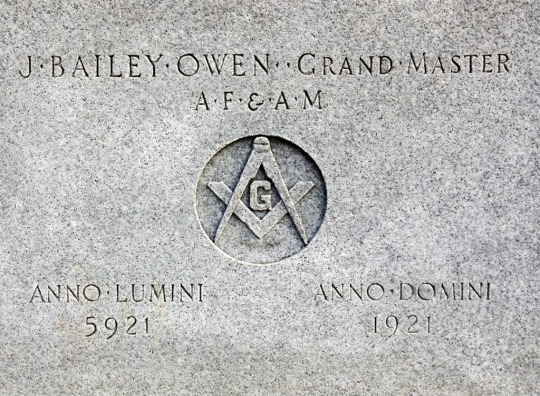